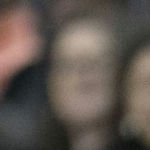 Why Is Torrey Craig Influential?

According to Wikipedia, Torrey Craig is an American professional basketball player for the Phoenix Suns of the National Basketball Association . He played college basketball for the USC Upstate Spartans, where he was named an honorable mention All-American and Atlantic Sun Conference Player of the Year in 2012. After graduating from USC Upstate in 2014, Craig spent his first three professional seasons in Australia and New Zealand. He was named New Zealand NBL MVP and won a New Zealand NBL championship with the Wellington Saints, and earned NBL Best Defensive Player honors with the Brisbane Bullets. In 2017, he began his NBA career with the Denver Nuggets.

Other Resources About Torrey Craig

What Schools Are Affiliated With Torrey Craig?

Torrey Craig is affiliated with the following schools: