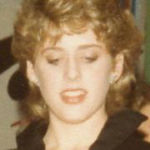 Why Is Tracy Nelson Influential?

According to Wikipedia, Tracy Kristine Nelson is an American actress. From a long line of entertainers, she is the daughter of musician Ricky Nelson and actress and painter Kristin Nelson. Early life Nelson was born in Santa Monica, California. She is a fourth-generation performer. Her great-grandparents were vaudeville performers Hazel Dell and Roy Hilliard Snyder. Their daughter was her paternal grandmother Harriet Nelson, the star of the ABC-TV sitcom The Adventures of Ozzie and Harriet from 1952-1966. Her parents were musician / film actor Ricky Nelson and actress/artist Kristin Nelson . She has three younger siblings: Matthew Nelson and Gunnar Nelson of the 1990s rock group Nelson, and Sam Nelson. Her paternal grandparents were Ozzie and Harriet Hilliard Nelson. Nelson's maternal grandparents were football star Tom Harmon, a Heisman Trophy winner from the University of Michigan, and actress Elyse Knox. She is also the niece of actors David Nelson, and her mother's siblings Mark Harmon and Kelly Harmon.

Other Resources About Tracy Nelson

What Schools Are Affiliated With Tracy Nelson ?

Tracy Nelson is affiliated with the following schools: