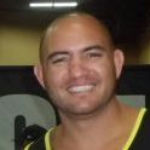 Why Is Travis Browne Influential?

According to Wikipedia, Travis Kuualiialoha Browne is an American retired mixed martial artist who last competed as a Heavyweight in the Ultimate Fighting Championship . Background Browne was born in Hawaii to a mixed-race father with Native Hawaiian ancestry and a European American mother. He played basketball and won the 2000 Coastal North League Player of the Year while attending high school in San Diego and then continued his career at Palomar College. Browne had no martial arts experience before being introduced to Brazilian jiu-jitsu at the age of 26. Browne also began training in boxing and had his first professional fight less than a year later.

Other Resources About Travis Browne

What Schools Are Affiliated With Travis Browne?

Travis Browne is affiliated with the following schools: