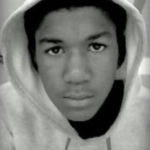 Victim of the 2012 shooting in Sanford, Florida, United States

Why Is Trayvon Martin Influential?

According to Wikipedia, Trayvon Benjamin Martin was a 17-year-old African-American boy from Miami Gardens, Florida, who was fatally shot in Sanford, Florida by George Zimmerman, a 28-year-old Hispanic American. Martin had accompanied his father to visit his father's fiancée at her townhouse at The Retreat at Twin Lakes in Sanford. On the evening of February 26, Martin was walking back to the fiancée's house from a nearby convenience store. Zimmerman, a member of the community watch, saw Martin and reported him to the Sanford Police as suspicious. Several minutes later, an altercation happened and Zimmerman fatally shot Martin in the chest.

Other Resources About Trayvon Martin