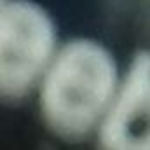 Why Is Trent Daavettila Influential?

According to Wikipedia, Trent Daavettila is an American former professional ice hockey player who last played for and served as Captain for the Colorado Eagles of the ECHL. After beginning his college hockey career with Finlandia University, he transferred to Michigan Technological University, but failed to gain a place on their team. He remained at Michigan Tech and played for an upper-level men's amateur team while earning a civil engineering degree. Daavettila tried out for numerous minor league hockey teams after graduating from college, but was not accepted by any. Months later, however, he was signed to a professional tryout contract by the Kalamazoo Wings. Daavettila remained with the team, and two seasons later he tied for the team scoring lead and was named a second-team all-star by the ECHL. Through the 2012–13 season, he has also played in 19 American Hockey League games.

Other Resources About Trent Daavettila

What Schools Are Affiliated With Trent Daavettila?

Trent Daavettila is affiliated with the following schools: