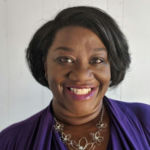 Why Is Tressie McMillan Cottom Influential?

According to Wikipedia, Tressie McMillan Cottom is an American writer, sociologist, and professor. She is currently an associate professor at the University of North Carolina at Chapel Hill School of Information and Library Science , and is also an affiliate of the Center for Information, Technology, and Public Life at UNC-Chapel Hill. She was formerly an associate professor of sociology at Virginia Commonwealth University and a faculty associate of the Berkman Klein Center for Internet & Society. McMillan Cottom is the author of Lower Ed: The Troubling Rise of For-Profit Colleges in the New Economy and Thick: And Other Essays, a co-editor of For-Profit Universities and Digital Sociologies, an essayist whose work has appeared in The Atlantic, Slate, The New York Times, and The Washington Post, and co-host of the podcast Hear to Slay with author Roxane Gay. She is frequently quoted in print and television media as an academic expert in inequality and American higher education. In 2020, McMillan Cottom was awarded a MacArthur Fellowship in recognition of her work "at the confluence of race, gender, education, and digital technology."

Other Resources About Tressie McMillan Cottom

What Schools Are Affiliated With Tressie McMillan Cottom?

Tressie McMillan Cottom is affiliated with the following schools: