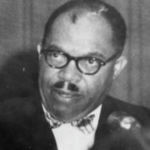 According to Wikipedia, Theodore Roosevelt Mason Howard was an American civil rights leader, fraternal organization leader, entrepreneur and surgeon. He was among the mentors to activists such as Medgar Evers, Charles Evers, Fannie Lou Hamer, Amzie Moore, Aaron Henry, and Jesse Jackson; founded Mississippi's leading civil rights organization in the 1950s, the Regional Council of Negro Leadership; and played a prominent role in the investigation of the kidnapping and murder of Emmett Till in the late 1950s. He was also president of the National Medical Association, chairman of the board of the National Negro Business League, and a leading national advocate of African-American businesses.

What Schools Are Affiliated With T. R. M. Howard?

T. R. M. Howard is affiliated with the following schools: