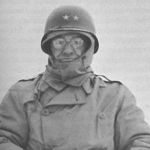 Why Is Troy H. Middleton Influential?

According to Wikipedia, Lieutenant General Troy Houston Middleton was a distinguished educator and senior officer of the United States Army who served as a corps commander in the European Theatre during World War II and later as president of Louisiana State University . He is best known for his decision to hold Bastogne during the Battle of the Bulge, contrary to the recommendation of Lieutenant General George S. Patton, Jr., Commanding General of the United States Third Army.

Other Resources About Troy H. Middleton

What Schools Are Affiliated With Troy H. Middleton?

Troy H. Middleton is affiliated with the following schools: