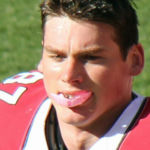 Why Is Troy Niklas Influential?

According to Wikipedia, Troy Niklas is a former American football tight end. He was drafted by the Arizona Cardinals in the second round of the 2014 NFL Draft. He played college football at Notre Dame. High school Niklas attended Servite High School in Anaheim, California. He was a two-way standout as both an offensive and defensive lineman. He helped lead Servite to 14–1 record in 2010, a second straight CIF Southern Section Pac-5 Division title and runner-up in state playoffs. He was named the Los Angeles Times lineman of the year as a senior in 2010.

Other Resources About Troy Niklas