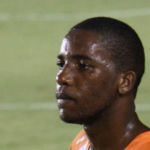 Why Is Ty Shipalane Influential?

According to Wikipedia, Tiyiselani "Ty" Shipalane is a South African footballer who currently plays for the Baltimore Blast in the Major Arena Soccer League. Career College Shipalane moved from his native South Africa to the United States in 2005 to attend and play college soccer at Lindsey Wilson College, where he was the 2006 NAIA Region XI Player of the Year and a three-time All-American.

Other Resources About Ty Shipalane

What Schools Are Affiliated With Ty Shipalane?

Ty Shipalane is affiliated with the following schools: