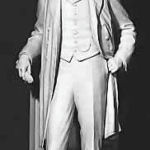 Why Is U. M. Rose Influential?

According to Wikipedia, Uriah Milton Rose was an American lawyer. He "disliked his first name intensely and never used his first name when he could avoid it". "Approachable, affable, and kind," graceful and courteous, he was called "the most scholarly lawyer in America" and "one of the leading legal lights of the nation", "a towering figure in the...life of Little Rock". He was a founder of the American Bar Association, of which he was twice president, 1891–92 and 1901-02.

Other Resources About U. M. Rose

What Schools Are Affiliated With U. M. Rose?

U. M. Rose is affiliated with the following schools: