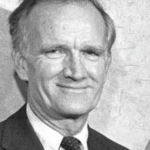 Why Is Val Logsdon Fitch Influential?

According to Wikipedia, Val Logsdon Fitch was an American nuclear physicist who, with co-researcher James Cronin, was awarded the 1980 Nobel Prize in Physics for a 1964 experiment using the Alternating Gradient Synchrotron at Brookhaven National Laboratory that proved that certain subatomic reactions do not adhere to fundamental symmetry principles. Specifically, they proved, by examining the decay of K-mesons, that a reaction run in reverse does not retrace the path of the original reaction, which showed that the reactions of subatomic particles are not indifferent to time. Thus the phenomenon of CP violation was discovered. This demolished the faith that physicists had that natural laws were governed by symmetry.

Other Resources About Val Logsdon Fitch

What Schools Are Affiliated With Val Logsdon Fitch?

Val Logsdon Fitch is affiliated with the following schools: