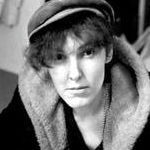 Why Is Valerie Solanas Influential?

According to Wikipedia, Valerie Jean Solanas was an American radical feminist known for the SCUM Manifesto, which she self-published in 1967, and for her attempt to murder artist Andy Warhol in 1968. Solanas had a turbulent childhood, reportedly suffering sexual abuse from both her father and grandfather, and experiencing a volatile relationship with her mother and stepfather. She came out as a lesbian in the 1950s. After graduating with a degree in psychology from the University of Maryland, College Park, Solanas relocated to Berkeley, where she began writing the SCUM Manifesto, which urged women to "overthrow the government, eliminate the money system, institute complete automation and eliminate the male sex."

Other Resources About Valerie Solanas

What Schools Are Affiliated With Valerie Solanas?

Valerie Solanas is affiliated with the following schools: