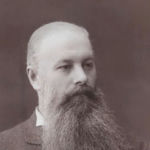 Why Is Vasily Dokuchaev Influential?

According to Wikipedia, Vasily Vasilyevich Dokuchaev was a Russian geologist and geographer who is credited with laying the foundations of soil science. The Ukrainian city of Dokuchaievsk is named after him. Overview Vasily Vasil'evich Dokuchaev is commonly regarded as the father of soil science, the study of soils in its natural setting. He developed soil science in Russia, and was, perhaps the first person to make wide geographical investigations of different soil types. His great contribution to science was, figuratively, to "put soils on the map".

Other Resources About Vasily Dokuchaev

What Schools Are Affiliated With Vasily Dokuchaev?

Vasily Dokuchaev is affiliated with the following schools: