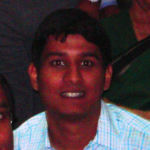 Why Is Verghese Kurien Influential?

According to Wikipedia, Verghese Kurien , known as the "Father of the White Revolution" in India, was a social entrepreneur whose "billion-litre idea", Operation Flood, made dairy farming India's largest self-sustaining industry and the largest rural employment sector providing a third of all rural income. It made India the world's largest milk producer, doubled the milk available for each person, and increased milk output four-fold in 30 years.

Other Resources About Verghese Kurien

What Schools Are Affiliated With Verghese Kurien?

Verghese Kurien is affiliated with the following schools: