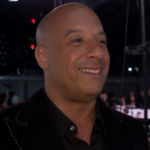 Why Is Vin Diesel Influential?

According to Wikipedia, Mark Sinclair , known professionally as Vin Diesel, is an American actor and filmmaker. One of the world's highest-grossing actors, he is best known for playing Dominic Toretto in the franchise.Diesel began his career in 1990 but struggled to gain roles until he wrote, directed, produced, and starred in the short film Multi-Facial . This attracted the attention of Steven Spielberg, who was developing Saving Private Ryan , and re-wrote elements of the film to allow Diesel to appear in a supporting role. Diesel subsequently voiced the titular character in The Iron Giant while gaining a reputation as an action star after headlining the , XXX, and The Chronicles of Riddick franchises.

Other Resources About Vin Diesel

What Schools Are Affiliated With Vin Diesel?

Vin Diesel is affiliated with the following schools: