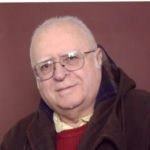 Why Is Virgil Nemoianu Influential?

According to Wikipedia, Virgil Nemoianu is a Romanian-American essayist, literary critic, and philosopher of culture. He is generally described as a specialist in "comparative literature" but this is a somewhat limiting label, only partially covering the wider range of his activities and accomplishments. His thinking places him at the intersection of neo-Platonism and neo-Kantianism, which he turned into an instrument meant to qualify, channel, and tame the asperities, as well as what he regarded the impatient accelerations and even absurdities of modernity and post-modernity. He chose early on to write within the intellectual horizons outlined by Goethe and Leibniz and continued to do so throughout his life.

Other Resources About Virgil Nemoianu

What Schools Are Affiliated With Virgil Nemoianu?

Virgil Nemoianu is affiliated with the following schools: