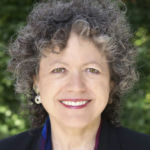 Why Is Vivien A. Schmidt Influential?

According to Wikipedia, Vivien A. Schmidt is an American academic of political science and international relations. At Boston University, she is the Jean Monnet Chair of European Integration Professor of International Relations in the Pardee School of Global Studies, and Professor of Political Science. She is known for her work on political economy, policy analysis, democratic theory, and new institutionalism. She is a 2018 recipient of a Guggenheim Fellowship and has been named a Chevalier in the French Legion of Honor.

Other Resources About Vivien A. Schmidt

What Schools Are Affiliated With Vivien A. Schmidt?

Vivien A. Schmidt is affiliated with the following schools: