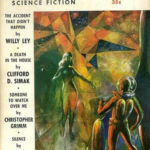 Why Is Wally Wood Influential?

According to Wikipedia, Wallace Allan Wood was an American comic book writer, artist and independent publisher, widely known for his work on EC Comics's titles such as Weird Science, Weird Fantasy, and MAD Magazine from its inception in 1952 until 1964, as well as for T.H.U.N.D.E.R. Agents, and work for Warren Publishing's Creepy. He drew a few early issues of Marvel's Daredevil and established the title character's distinctive red costume. Wood created and owned the long-running characters Sally Forth and Cannon.

Other Resources About Wally Wood

What Schools Are Affiliated With Wally Wood?

Wally Wood is affiliated with the following schools: