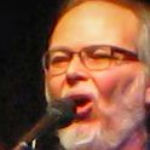 Why Is Walter Becker Influential?

According to Wikipedia, Walter Carl Becker was an American musician, songwriter, and record producer. He was the co-founder, guitarist, bassist, and co-songwriter of the jazz rock band Steely Dan. Becker met future songwriting partner Donald Fagen while they were students at Bard College. After a brief period of activity in New York City, the two moved to Los Angeles in 1971 and formed the nucleus of Steely Dan, which enjoyed a critically and commercially successful ten-year career. Following the group's dissolution, Becker moved to Hawaii and reduced his musical activity, working primarily as a record producer. In 1985, he briefly became a member of the English band China Crisis, producing and playing synthesizer on their album Flaunt the Imperfection.

Other Resources About Walter Becker

What Schools Are Affiliated With Walter Becker?

Walter Becker is affiliated with the following schools: