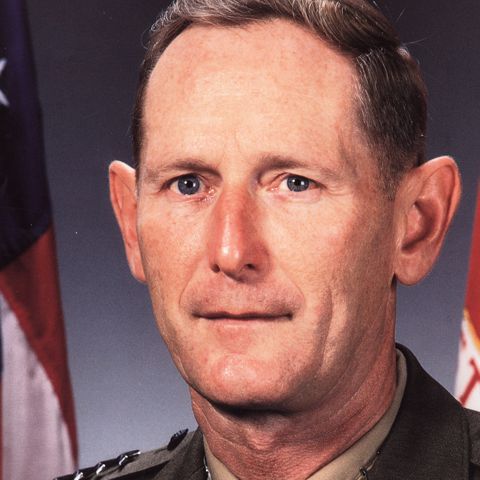 General Walter Eugene Boomer is a retired four-star General and Assistant Commandant of the United States Marine Corps and business executive. Boomer led all Marines in Operations Desert Shield and Desert Storm during the Gulf War. He later served as the Chairman and CEO of Rogers Corporation, and retired in 2004. He is the current lead director of Baxter International. Boomer is a 1960 graduate of Duke University; he later earned a master's degree from American University.