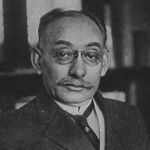 Why Is Walter Hines Page Influential?

According to Wikipedia, Walter Hines Page was an American journalist, publisher, and diplomat. He was the United States ambassador to the United Kingdom during World War I. He founded the State Chronicle, a newspaper in Raleigh, North Carolina, and worked with other leaders to gain legislative approval for what is now known as North Carolina State University, which established as a land-grant college in 1885. He worked on several newspapers, including the New York World and Evening Post. He was the editor of The Atlantic Monthly for several years and also a literary adviser to Houghton Mifflin. For more than a decade starting in 1900, he was a partner of Doubleday, Page & Company, a major book publisher in New York City.

Other Resources About Walter Hines Page

What Schools Are Affiliated With Walter Hines Page?

Walter Hines Page is affiliated with the following schools: