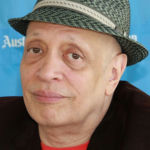 Why Is Walter Mosley Influential?

According to Wikipedia, Walter Ellis Mosley is an American novelist, most widely recognized for his crime fiction. He has written a series of best-selling historical mysteries featuring the hard-boiled detective Easy Rawlins, a black private investigator living in the Watts neighborhood of Los Angeles, California; they are perhaps his most popular works. In 2020, Mosley received the National Book Foundation Medal for Distinguished Contribution to American Letters, making him the first Black man to receive the honor.

Other Resources About Walter Mosley

What Schools Are Affiliated With Walter Mosley?

Walter Mosley is affiliated with the following schools:

What Are Walter Mosley's Academic Contributions?

Walter Mosley has made the following academic contributions: