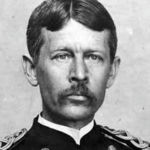 Why Is Walter Reed Influential?

According to Wikipedia, Walter Reed was a U.S. Army physician who in 1901, led the team that confirmed the theory of the Cuban doctor Carlos Finlay that yellow fever is transmitted by a particular mosquito species, rather than by direct contact. This insight gave impetus to the new fields of epidemiology and biomedicine, and most immediately allowed the resumption and completion of work on the Panama Canal by the United States. Reed followed work started by Carlos Finlay and directed by George Miller Sternberg, who has been called the "first U.S. bacteriologist".

Other Resources About Walter Reed

What Schools Are Affiliated With Walter Reed?

Walter Reed is affiliated with the following schools: