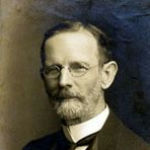 Why Is Walter Russell Lambuth Influential?

According to Wikipedia, Walter Russell Lambuth was a Chinese-born American Christian bishop who worked as a missionary establishing schools and hospitals in China, Korea and Japan in the 1880s. Birth and family Born in Shanghai, China as the eldest son of James William Lambuth and Mary Isabella McClellan, he was sent to his relatives in Tennessee and Mississippi for his early education. Walter's parents were pioneering missionaries in China. Together they also founded the mission work of the Methodist Episcopal Church, South in Japan. Walter's grandfather had been a Preacher in the Mississippi Annual Conference. Walter's great-grandfather, the Rev. William Lambuth, was a Preacher in the Holston Annual Conference .

Other Resources About Walter Russell Lambuth

What Schools Are Affiliated With Walter Russell Lambuth?

Walter Russell Lambuth is affiliated with the following schools: