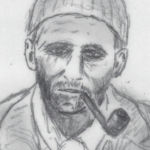 Why Is Walther Penck Influential?

According to Wikipedia, Walther Penck was a geologist and geomorphologist known for his theories on landscape evolution. Penck is noted for criticizing key elements of the Davisian cycle of erosion, concluding that the process of uplift and denudation occur simultaneously, at gradual and continuous rates. Penck's idea of parallel slope retreat led to revisions of Davis's cycle of erosion.

Other Resources About Walther Penck

What Schools Are Affiliated With Walther Penck?

Walther Penck is affiliated with the following schools: