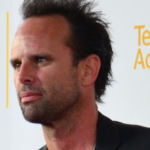 Why Is Walton Goggins Influential?

According to Wikipedia, Walton Sanders Goggins Jr. is an American actor. He has appeared in television series, including The Shield, Justified, Sons of Anarchy, Vice Principals, The Righteous Gemstones and The Unicorn. He has also starred in films, such as Predators, Lincoln, Django Unchained, The Hateful Eight, Maze Runner: The Death Cure, Tomb Raider, and Ant-Man and the Wasp. Goggins voiced Cecil Stedman in the adult animated series Invincible.

Other Resources About Walton Goggins

What Schools Are Affiliated With Walton Goggins?

Walton Goggins is affiliated with the following schools: