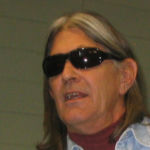 Why Is Ward Churchill Influential?

According to Wikipedia, Ward LeRoy Churchill is an American author, scholar and political activist. He was a professor of ethnic studies at the University of Colorado Boulder from 1990 until 2007. The primary focus of his work is on the historical treatment of political dissenters and Native Americans by the United States government. His work features controversial views, written in a direct, often confrontational style. While Churchill has claimed Native American ancestry, genealogical research has failed to unearth such ancestry and he is not a member of a tribe.

Other Resources About Ward Churchill

What Schools Are Affiliated With Ward Churchill?

Ward Churchill is affiliated with the following schools:

What Are Ward Churchill's Academic Contributions?

Ward Churchill has made the following academic contributions: