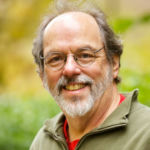 Why Is Ward Cunningham Influential?

According to Wikipedia, Howard G. Cunningham is an American computer programmer who developed the first wiki and was a co-author of the Manifesto for Agile Software Development. A pioneer in both design patterns and extreme programming, he started coding the WikiWikiWeb in 1994, and installed it on c2.com on March 25, 1995, as an add-on to the Portland Pattern Repository. He co-authored a book about wikis, entitled The Wiki Way, and invented the Framework for Integrated Tests.

Other Resources About Ward Cunningham

What Schools Are Affiliated With Ward Cunningham?

Ward Cunningham is affiliated with the following schools: