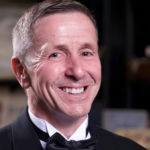 Why Is Warren G. Phillips Influential?

According to Wikipedia, Warren G. Phillips is a science teacher inducted into the National Teachers Hall of Fame in Emporia, Kansas, in 2010. He conducts brain-based STEM professional development for teachers around the country based upon the book Science Worksheets Don't Grow Dendrites, which he co-authored with Marcia Tate. Phillips has also recorded and produced three CD’s of Science Songs entitled Sing-A-Long Science teaching the science standards. From these songs, he developed a musical entitled The Science Secret. In 2020, He published a book called Oh, The Lives You'll Change! A Teacher's Story.

Other Resources About Warren G. Phillips

What Schools Are Affiliated With Warren G. Phillips?

Warren G. Phillips is affiliated with the following schools: