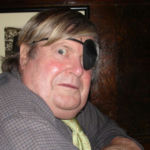 Why Is Warren Hinckle Influential?

According to Wikipedia, Warren James Hinckle III was an American political journalist based in San Francisco. Hinckle is remembered for his tenure as editor of Ramparts magazine, turning a sleepy publication aimed at a liberal Roman Catholic audience into a major galvanizing force of American radicalism during the Vietnam War era. He also helped create Gonzo journalism by first pairing Hunter S. Thompson with illustrator Ralph Steadman.

Other Resources About Warren Hinckle

What Schools Are Affiliated With Warren Hinckle?

Warren Hinckle is affiliated with the following schools: