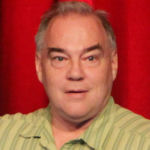 Why Is Warren Robinett Influential?

According to Wikipedia, Joseph Warren Robinett Jr. is a designer of interactive computer graphics software, notable as the developer of the Atari 2600's Adventure — the first graphical adventure video game — and as a founder of The Learning Company, where he designed Rocky's Boots and Robot Odyssey. More recently he has worked on virtual reality projects.

Other Resources About Warren Robinett

What Schools Are Affiliated With Warren Robinett?

Warren Robinett is affiliated with the following schools: