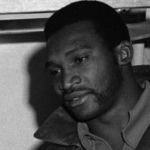 Why Is Wendell Hayes Influential?

According to Wikipedia, Wendell Hayes was a former American football running back. Wendell played college football at Humboldt State University. He played in the National Football League for the Dallas Cowboys, Denver Broncos and the AFL's Kansas City Chiefs, which included the team that defeated the Minnesota Vikings in the fourth and final AFL-NFL World Championship Game.

Other Resources About Wendell Hayes

What Schools Are Affiliated With Wendell Hayes?

Wendell Hayes is affiliated with the following schools: