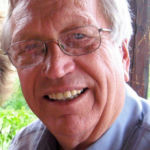 Why Is Wes Jackson Influential?

According to Wikipedia, Wes Jackson co-founded the Land Institute with Dana Jackson. He is also a member of the World Future Council. Early life and education Jackson was born and raised on a farm near Topeka, Kansas. After earning a BA in biology from Kansas Wesleyan University, an MA in botany from the University of Kansas, and a PhD in genetics from North Carolina State University, Wes Jackson established and served as chair of one of the United States' first environmental studies programs at California State University, Sacramento.

Other Resources About Wes Jackson

What Schools Are Affiliated With Wes Jackson?

Wes Jackson is affiliated with the following schools: