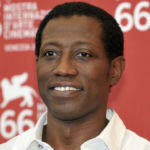 Why Is Wesley Snipes Influential?

According to Wikipedia, Wesley Trent Snipes is an American actor and film producer. His prominent film roles include Major League , New Jack City , White Men Can't Jump , Passenger 57 , Rising Sun , Demolition Man , To Wong Foo, Thanks for Everything! Julie Newmar , U.S. Marshals , The Expendables 3 , Coming 2 America , and the Blade film trilogy , portraying Blade. In television, he is known for his role on The Player . Snipes was nominated for the Independent Spirit Award for Best Supporting Male for his work in The Waterdance and won the Volpi Cup for Best Actor for his performance in the film One Night Stand .

Other Resources About Wesley Snipes

What Schools Are Affiliated With Wesley Snipes?

Wesley Snipes is affiliated with the following schools: