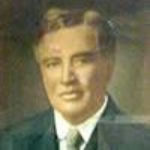 Why Is W. H. Lanier Influential?

According to Wikipedia, William Henry Lanier was a prominent educator in Mississippi during the late 19th century and early 20th century. Background William Henry Lanier was born into slavery in Autauga County, Alabama in September 1855 . In the 1870 U.S. Census, which was enumerated on July 6, 1870, his age was listed as 14. In the 1900 U.S. Census his month and year of birth are shown as September 1859. He was educated at Tougaloo College, Oberlin College, and Fisk University before obtaining his B.A. from Roger Williams University in Nashville, Tennessee.

Other Resources About W. H. Lanier

What Schools Are Affiliated With W. H. Lanier?

W. H. Lanier is affiliated with the following schools: