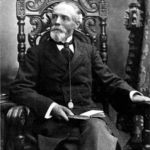 Why Is Whitelaw Reid Influential?

According to Wikipedia, Whitelaw Reid was an American politician and newspaper editor, as well as the author of Ohio in the War, a popular work of history. After assisting Horace Greeley as editor of the New-York Tribune, Reid purchased the paper after Greeley's death in late 1872 and controlled it until his own death. The circulation grew to about 60,000 a day, but the weekly edition became less important. He invested heavily in new technology, such as the Hoe rotary printing press and the linotype machine, but bitterly fought against the unionized workers for control of his shop.

Other Resources About Whitelaw Reid

What Schools Are Affiliated With Whitelaw Reid?

Whitelaw Reid is affiliated with the following schools:

What Are Whitelaw Reid's Academic Contributions?

Whitelaw Reid has made the following academic contributions: