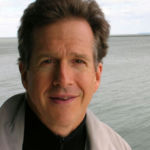 Why Is William Broad Influential?

According to Wikipedia, William J. Broad is an American science journalist, author and a Senior Writer at The New York Times. Education Broad earned a master's degree from the University of Wisconsin in 1977. Career Broad is the author or co-author of eight books, including Germs: Biological Weapons and America's Secret War which was a number-one New York Times Best Seller. His other titles include Betrayers of the Truth: Fraud and Deceit in the Halls of Science , Teller's War: The Top-Secret Story Behind the Star Wars Deception , The Universe Below: Discovering the Secrets of the Deep Sea , and The Science of Yoga: The Risks and the Rewards . His books have been translated into more than a dozen languages. His work focuses on the social repercussions of science.

Other Resources About William Broad

What Schools Are Affiliated With William Broad?

William Broad is affiliated with the following schools: