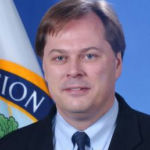 Why Is William D. Hansen Influential?

According to Wikipedia, William D. Hansen is an American businessman and a former Deputy Secretary of Education who served in the George W. Bush administration from 2001 to 2003. Career As Deputy Secretary, Hansen functioned as Department's chief executive officer, managing 5,000 employees and overseeing an annual budget of $100 billion. He earned the highest ratings from the Office of Management and Budget for the effective implementation of President Bush's agenda, and was one of the architects of the No Child Left Behind Act.

Other Resources About William D. Hansen

What Schools Are Affiliated With William D. Hansen?

William D. Hansen is affiliated with the following schools: