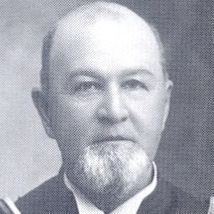 William Elam Tanner was a Virginia State Senator, a Lieutenant Colonel, and businessman.Early life Named after his late grandfather, Tanner was born to John F. and Harriet L. Tanner, in Buckingham County. John worked with Joseph Reid Anderson and Anderson's father-in-law, Dr. Richard S. Archer, to form J. R. Anderson and Company. They produced iron for the Louisiana sugar mills. The company formed into the Tredegar Iron Works Company by 1841. John secured a job for his son at the iron company.