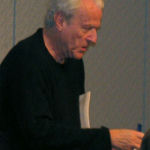 Why Is William Goldman Influential?

According to Wikipedia, William Goldman was an American novelist, playwright, and screenwriter. He first came to prominence in the 1950s as a novelist before turning to screenwriting. He won Academy Awards for his screenplays Butch Cassidy and the Sundance Kid and All the President's Men . His other known works include his thriller novel Marathon Man and his cult classic comedy/fantasy novel The Princess Bride, both of which he also adapted for the film versions.

Other Resources About William Goldman

What Schools Are Affiliated With William Goldman?

William Goldman is affiliated with the following schools:

What Are William Goldman's Academic Contributions?

William Goldman has made the following academic contributions: