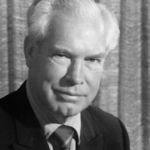 Why Is William Hanna Influential?

According to Wikipedia, William Denby Hanna was an American animator, voice actor, cartoonist, and musician, who co-founded the animation studio and production company Hanna-Barbera. Hanna joined the Harman and Ising animation studio in 1930 and steadily gained skill and prominence while working on cartoons such as Captain and the Kids. In 1937, while working at Metro-Goldwyn-Mayer , Hanna met Joseph Barbera. The two men began a collaboration that was at first best known for producing Tom and Jerry. In 1957, they co-founded Hanna-Barbera, which became the most successful television animation studio in the business, creating or producing programs such as The Flintstones, The Huckleberry Hound Show, The Jetsons, Scooby-Doo, The Smurfs, and Yogi Bear. In 1967, Hanna-Barbera was sold to Taft Broadcasting for $12 million, but Hanna and Barbera remained heads of the company until 1991. At that time, the studio was sold to Turner Broadcasting System, which in turn was merged with Time Warner in 1996; Hanna and Barbera stayed on as advisors.

Other Resources About William Hanna

What Schools Are Affiliated With William Hanna?

William Hanna is affiliated with the following schools: