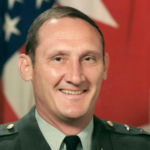 Why Is William K. Suter Influential?

According to Wikipedia, William Kent Suter is an American jurist who served as the 19th Clerk of the Supreme Court of the United States, a position he held for twenty-two years. Prior to this, he was a major general in the United States Army; at the time of his retirement in 1991, he had served for over a year as the acting Judge Advocate General.

Other Resources About William K. Suter

What Schools Are Affiliated With William K. Suter?

William K. Suter is affiliated with the following schools: