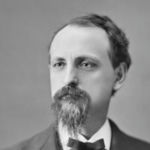 Why Is William McFarland Influential?

According to Wikipedia, William McFarland was an American politician who served in the United States House of Representatives from 1875 to 1877, representing the 1st congressional district of Tennessee. He is one of only two Democrats to have won this district's seat since the Civil War. McFarland also served as a state court judge in 1869, and as mayor of Morristown, Tennessee, from 1882 to 1885. A Southern Unionist, he was a member of the Jefferson County delegation at the pro-Union East Tennessee Convention in 1861.

Other Resources About William McFarland

What Schools Are Affiliated With William McFarland?

William McFarland is affiliated with the following schools: