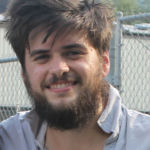 Why Is Winston Marshall Influential?

According to Wikipedia, Winston Aubrey Aladar deBalkan Marshall is a British musician and podcaster best known as the former banjoist and lead guitarist of the British folk rock band Mumford & Sons. Prior to this he was in the bluegrass sleaze rap group Captain Kick and the Cowboy Ramblers. With Mumford & Sons, Marshall has won multiple awards, including a Grammy and two BRITs. He has performed music with different supergroups and collaborated with Baaba Maal and HVOB. After leaving Mumford & Sons, Marshall started an interview podcast.

Other Resources About Winston Marshall

What Schools Are Affiliated With Winston Marshall?

Winston Marshall is affiliated with the following schools: