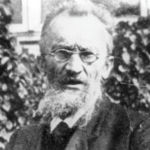 Why Is Wladimir Köppen Influential?

According to Wikipedia, Wladimir Peter Köppen ; 25 September 1846 – 22 June 1940 Background and education Wladimir Koppen was born in St. Petersburg, Russia. He lived there until he was 20 years old. He died in Graz, Austria. Köppen's grandfather was one of several German doctors invited to Russia by Empress Catherine II to improve sanitation and was later personal physician to the tsar. His son, Wladimir's father, Peter von Köppen , was a noted geographer, historian and ethnographer of ancient Russian cultures and an important contributor to intellectual exchanges between western European slavists and Russian scientists. He attended secondary school in Simferopol, Crimea, and began his studies of botany in 1864 at the University of St. Petersburg.

Other Resources About Wladimir Köppen

What Schools Are Affiliated With Wladimir Köppen?

Wladimir Köppen is affiliated with the following schools: