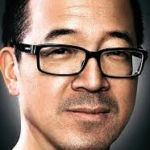 Why Is Yu Minhong Influential?

According to Wikipedia, Yu Minhong, or Michael Yu is the founder and president of New Oriental Education & Technology Group Inc., and a member of the central committee of China Democratic League. As the owner of one of the largest private educational services, Yu is known as the "richest teacher in China", and "Godfather of English Training". On Hurun Report's China Rich List 2013, he had an estimated wealth $1.1 billion and was ranked No. 245 on the list. On the same list of 2015, he had an estimated wealth of $1.09 billion and was ranked No. 487. Also he was ranked No.1759 on Hurun Global Rich List 2015, with an estimated wealth of $1.1 billion. As of November 2018, he is ranked #148 on Forbes China Rich List 2018 and #1020 on Forbes Billionaires 2018, with an estimated net worth of $1.7 billion.

Other Resources About Yu Minhong

What Schools Are Affiliated With Yu Minhong?

Yu Minhong is affiliated with the following schools: