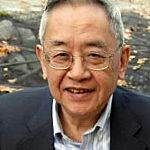 Why Is Yu Ying-shih Influential?

According to Wikipedia, Yu Ying-shih was a Chinese-born American historian, sinologist, and the Gordon Wu '58 Professor of Chinese Studies, Emeritus, at Princeton University. He was known for his mastery of sources for Chinese history and philosophy, his ability to synthesize them on a wide range of topics, and for his advocacy for a new Confucianism. He was a tenured professor at Harvard University and Yale University before his time at Princeton.

Other Resources About Yu Ying-shih

What Schools Are Affiliated With Yu Ying-shih?

Yu Ying-shih is affiliated with the following schools: