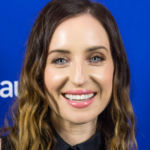 Why Is Zoe Lister-Jones Influential?

According to Wikipedia, Zoe Lister-Jones is an American actress, and filmmaker who co-starred in the CBS sitcom Life in Pieces from 2015 to 2019. She is also known for her roles in the television shows Delocated , Whitney , and New Girl . Lister-Jones made her directorial debut with the 2017 comedy-drama film Band Aid. In 2020, she wrote and directed the horror film The Craft: Legacy. She also co-wrote and co-directed the comedy-drama film How It Ends with Daryl Wein.

Other Resources About Zoe Lister-Jones