Who are the most influential people in world?

Identify leaders in your chosen discipline, research top professors in your area of study, and search for schools based on the luminaries who most inspire you!


Note: These rankings dynamically change as our AI learns new things and new publications and citations are made. Academics are actively researching and publishing new insights, leaving our measure of more recent influence subject to continual adjustments. While we delay real-time changes for quality assurance reasons, be not surprised as you see our rankings change over time.

Methodology: How and Why We Rank by Influence …

List of the most influential people in Criminal Justice, for the years 2010 – 2020

Lawrence W. Sherman was born in 1949 in Schenectady, New York. He graduated from Denison University with a B.A. in political science, before earning his M.A. in social science from the University of Chicago. He went on to earn his diploma in criminology from Cambridge University and his M.A. and Ph.D in sociology from Yale University.

David Weisburd was born in 1954 in Brooklyn, New York. He received his B.A. from Brandeis University, and an M.A., an M.Phil, and a Ph.D in sociology from Yale University. Weisburd currently hold joint appointments as the Walter E. Meyer Professor of Law and Criminal Justice at the Hebrew University Faculty of Law in Jerusalem, Executive Director of the Center for Evidence-Based Crime Policy, and Distinguished Professor at George Mason University.

Christopher Uggen was born in 1964. He earned his PhD from the University of Wisconsin – Madison in 1995. Uggen has been a prominent sociologist and criminologist for decades and served as University of Minnesota Sociology Department chair from 2006-2012.

Joan Ramme Petersilia was an American criminologist and the Adelbert H. Sweet Professor of Law at Stanford Law School, as well as the faculty co-director of the Stanford Criminal Justice Center.

Jerzy Sarnecki is a professor of criminology at Stockholm University. He studied geodesy as an undergraduate before earning a Ph.D. in sociology from Stockholm University. During his schooling, he worked at youth recreation centres, which led to his later work as a researcher of juvenile delinquency for the Swedish National Council for Crime Prevention.

Richard Rosenfeld was born in 1948. He earned his B.A. and his Ph.D in sociology from the University of Oregon. He has been honored by his colleagues on several occasions. He was selected as a Fulbright Scholar in 2016 and received the Edwin H. Sutherland Award from the American Society of Criminology in 2017.

Kevin Beaver is the Judith Rich Harris Professor of Criminology at Florida State University’s College of Criminology and Criminal Justice, director of the FSU Distance Learning Program, the editor-in-chief of the Journal of Drug Issues, and an expert in biosocial criminology. He earned a B.A. in sociology from Ohio University, and an M.S. and Ph.D. in criminal justice from the University of Cincinnati.

Lorraine Mazerolle is chief investigator for the Australian Research Council’s Centre of Excellence for Children and Families over the Life Course, editor-in-chief of the Journal of Experimental Criminology, affiliate professor at the Institute for Social Science Research, and professor at the School of Social Science at the University of Queensland. She earned a Ph.D. from Rutgers University.

Henry Lee is regarded as one of the most influential forensic scientists in the world. He is the founder of the Henry C. Lee Institute of Forensic Science at the University of New Haven. He earned a degree in Police Science from Central Police College in Taiwan. He became the youngest police captain in Taiwanese history at the age of 22.

Nicole Westmarland is an activist and professor of criminology for Durham University. She is the organizer of the first North East Conference on Sexual Violence, which has been held annually since 2007 and now coincides with the International Day for the Elimination of Violence Against Women. She earned a B.Sc. in psychology and women’s studies from the University of Teesside, and an M.A. in women’s studies and a Ph.D. in social policy and social work from the University of York.

Matt DeLisi earned his B.A. from Syracuse University and his Ph.D from the University of Colorado.

Marc Mauer is the executive director of the Sentencing Project, a group that advocates for criminal justice reform and addressing racial disparities in the United States criminal-justice system.

Karuppannan Jaishankar is the founder of cyber criminology as a subdiscipline of criminology, founder and president of the South Asian Society of Criminology and Victimology, co-founder of the Centre for Cyber Victim Counselling, the editor-in-chief of International Journal of Cyber Criminology, and a professor and head of the Department of Criminology at Raksha Shakti University. He earned a B.Sc. in biochemistry from the PSG College of Arts and Science, Bharathiar University, an M.A. in criminology and a PG Diploma in Geographic Information Systems Management from the University of Madras, a

Matthew Barnett Robinson is a full professor and criminologist for Appalachian State University in North Carolina. He earned his Ph.D. from Florida State University. His research interests have included social justice, race and crime, criminological theory, the death penalty, the “war on drugs”, crime mapping and white-collar crime. He has published more than twenty books, including The Drug Trade and the Criminal Justice System, Crime Mapping and Spatial Aspects of Crime: Theory and Practice, Death Nation: The Experts Explain American Capital Punishment, and Greed is Good: Maximization and El...

Michael Tonry was born in 1945 in Martinsburg, West Virginia. He earned his B.A. in history from the University of North Carolina at Chapel Hill, before going on to graduate with an L.L.B. from Yale Law School.

David Wilson is a professor emeritus of criminology at Birmingham City University. He studied at the University of Glasgow and Selwyn College at Cambridge before earning his Ph.D. from the Cambridge Institute of Criminology. 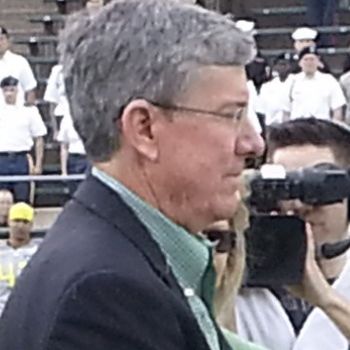 Michael Ryan Gottfredson is the former President of the University of Oregon, serving from August 1, 2012 to August 6, 2014.

Jock Young was a British sociologist and an influential criminologist.

Donald Wayne Osgood is an American criminologist and professor emeritus of criminology and sociology at Pennsylvania State University. He has been a fellow of the American Society of Criminology since 2005, and the editor-in-chief of their official journal, Criminology, since 2011. He is also a Life Member of Clare Hall, Cambridge, since 2011.

Brian J. Frederick is a cultural/queer criminologist and Senior Lecturer in Criminal Justice & Policing at the University of Portsmouth‘s Institute of Criminal Justice Studies. He completed an Erasmus Mundus Joint Doctorate in Global and Cultural Criminology programme at the School of Social Policy, Sociology & Social Research at the University of Kent and at the Institut für Kriminologische Sozialforschung at the Universität Hamburg . His research focuses on the ways in which the ongoing commercialisation, commodification and gentrification of gay/queer physical space and gay/queer virtua 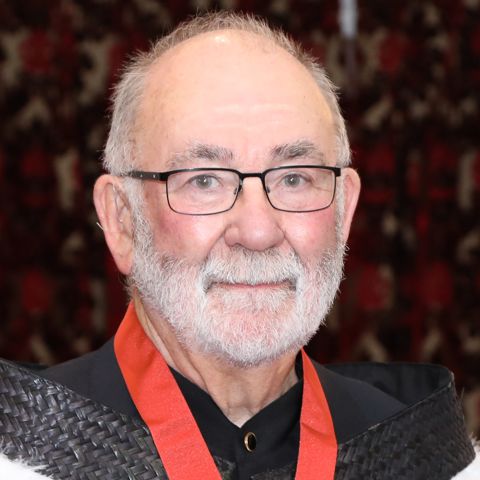 Barry Latzer is an American criminologist and emeritus professor of criminal justice at the John Jay College of Criminal Justice. He previously taught at the Graduate Center, CUNY. He also prosecuted and defended accused criminals while teaching both there and at John Jay. In 2016, his book The Rise and Fall of Violent Crime in America was published by Encounter Books. He is an expert on core curricula and a supporter of capital punishment.

Neal Hazel is a British criminologist and social policy analyst who is best known for his research on youth justice and on family support. He is Professor of Criminology and Criminal Justice at the University of Salford and is the former Her Majesty's Deputy Chief Inspector of Probation for England and Wales.

John Edward Douglas is a retired special agent and unit chief in the United States Federal Bureau of Investigation . He was one of the first criminal profilers and has written books on criminal psychology.

Shaun L. Gabbidon was born in England. He earned a Ph.D in Criminology from Indiana University of Pennsylvania.

David P. Farrington was born in 1944 in Ormskirk, Lancashire, England. He earned his B.A., M.A., and PhD in psychology from Cambridge University. Farrington has focused on the long-term development of criminal behavior. Most notably, he conducted a 24-year study of 411 boys in London, England. He has also explored interventions to prevent criminality, as well as how upbringing, geography, and socioeconomic status correlate to the development of criminal impulses or behaviors.

Sofía Stefani Espinoza Álvarez is a Mexican-American author, researcher, and advocate. As a researcher and criminologist, she has participated in an intensive program of research aimed at providing readers with evidence-based information and analysis of the issues of Latinos in the United States. 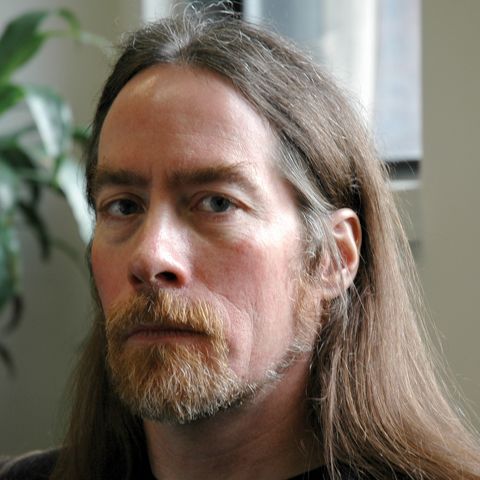 David M. Kennedy is a criminologist, professor, action researcher, and author specializing in crime prevention among inner city gangs, especially in the prevention of violent acts among street gangs. Kennedy developed the Operation Ceasefire group violence intervention in Boston in the 1990s and the High Point Model drug market intervention in High Point, North Carolina, in 2003, which have proven to reduce violence and eliminate overt drug markets in jurisdictions around the United States. He founded the National Network for Safe Communities in 2009 to support cities using these and related ...

Travis Cameron Pratt is an American criminologist and fellow at the University of Cincinnati Corrections Institute in Cincinnati, Ohio. He is the author of over 100 peer-reviewed papers on topics such as prison policy and theoretical criminology. He is particularly known for his research on private prisons.

John Lea is a British left realist criminologist. For many years he was based at the Centre for Criminology and the Crime and Conflict Research Centre, Middlesex University in the United Kingdom.

Susanne Karstedt is a German criminologist. She is a professor in the School of Criminology and Criminal Justice at Griffith University in Queensland, Australia.

Tracy Andrus is a criminologist who is recognized for the development of two crime theories —"Enviroecogenetics" and "Broke Theory." He earned four college degrees and became the first African American in the United States to earn a Ph.D. in juvenile justice. After being sentenced to 57 years in prison for check kiting, Andrus spent only three years in the Louisiana and Texas Department of Corrections and was released in 1994. This started his interest in the criminal justice system. Andrus spends at least 20 weeks out of the year traveling abroad speaking to disadvantaged youth who are chil

John Braithwaite was born in 1951 in Ipswich, Australia. He earned his B.A. and Ph.D from the University of Queensland. 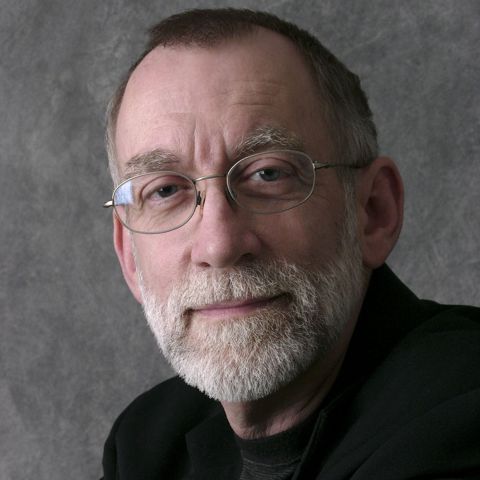 Howard J. Zehr is an American criminologist. Zehr is considered to be a pioneer of the modern concept of restorative justice.

Nicole Hahn Rafter was a feminist criminology professor at Northeastern University. She received her bachelor of arts degree from Swarthmore College in Pennsylvania, achieved her Master of Arts in Teaching from Harvard University, and obtained a Ph.D. in Criminal Justice from State University of New York in Albany. She began her career as a high school and college English professor and switched to criminal justice in her mid-thirties.

Jason Brilz is a retired American mixed martial artist who most recently fought in the Heavyweight division. A professional competitor since 2000, he has competed for the UFC, Titan FC, and King of the Cage.